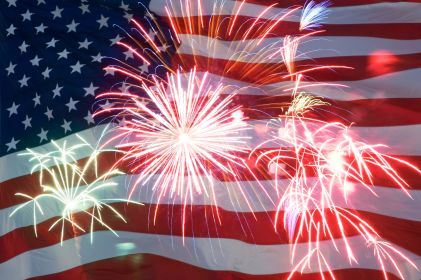 From time to time, we travel to Europe on vacation. We enjoy their way of life and their respect for their history. They have managed to create a modern economy while maintaining their local and national customs. In some sense, it harkens back to an earlier time – at least for me.

Unlike most European cultures, we Americans don’t have centuries of tradition. Perhaps that’s why our celebrations – such as the 4th of July – tend to be loud, boisterous and overwrought.

America hasn’t been around that long and the waves of immigrants that have come here are not steeped in American culture.  (Indeed, my family came here less than 100 years ago.)  We loudly proclaim our virtues to counterbalance the absence of generations of tradition. Our holidays, our school teachings, and our politicians serve to reinforce our cultural values in a way that not only reminds but also educates a diverse populace.

One of my European friends asked me if I thought that Americans “cling to their Constitution”.  I responded that most Americans don’t understand our Constitution, which outlines how our government works.  However, Americans do “cling” to our Bill of Rights.  The right to free speech, freedom of religion, protections against unreasonable search and seizure and the right to privacy and private property are all guaranteed in the first ten amendments to the Constitution and explained in the Federalist Papers, created to gain the buy-in of a diverse group of 13 independent states.

Perhaps more than the Constitution, Americans can recite from the opening of the Declaration of Independence.  The US was founded on the belief that all men and women were created equal and that certain inalienable rights are granted to each person (not to Kings) by God.

History teaches us that we have violated our own beliefs from time to time – from the internment of Japanese Americans during WW II to the denial of voting rights and equal opportunity to African Americans.  But, a society whose cultural values are defined by human rights seeks justice in all matters.  In the end, justice will prevail.

History also teaches us that the founders’ didn’t have all the answers nor did they presume to.  For example, the right to privacy is generally regarded as Constitutionally granted in the US.  However, the word “privacy” doesn’t appear anywhere in the document.  The Supreme Court has consistently interpreted the Ninth Amendment to protect privacy as it specifically states that the “enumeration of certain rights…  shall not be construed to deny or disparage other rights retained by the people”. 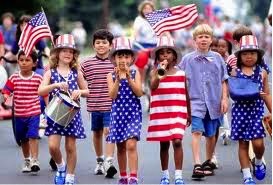 Much of our economic success has been the result of our rights to private property, again not specifically laid out in the Constitution. Chief Justice John Jay, the first to hold that title, interpreted the Fifth Amendment to afford those protections.

Much of this may be lost on those who are ignorant of our history. However, the waves of immigrants who have come here over the last two Centuries to make a better life for their children – from the Irish who settled in New England in the 1840’s and 50’s to the Cubans who settled in Miami in the 1960’s and 70’s – have demonstrated the validity of a model of governance that has been emulated around the world.

America thrives because of our core beliefs: we have the freedom to be who we want, say what we want and go where we want to go.

And that, my friends, deserves a great celebration.