The following post was published in the Rochester Beacon on July 26, 2020

There has long been a law prescribing it is illegal to shoot someone in the back.  But that law did not save Walter Scott.  Although unarmed and not threatening his killer, he was shot in the back by a South Carolina policeman while running away during a routine traffic stop.  It is certainly appropriate to ban chokeholds by the police in the wake of George Floyd’s death.  But I doubt the law will save anyone’s life.  Laws by themselves haven’t been shown to protect people of color.  Hence the call for “systemic change.”

But what is systemic change? And, how will it change the outcomes for millions of African-Americans who have suffered not only the abuse of police officers but also ongoing discrimination in their pursuit of economic opportunity – from housing, to banking, to employment.

The challenge for legislators, particularly at a federal level, is that there is little they can do to change outcomes that hasn’t already been done.  We have extensive legislation backed up by the courts that prevent discrimination in every arena.  Victims of END_OF_DOCUMENT_TOKEN_TO_BE_REPLACED

This post was published in the Rochester Business Journal on July 17, 2020.

The pandemic has knocked a surging economy flat on its back.  Predictions on its recovery range from the V-shaped curve we’d all like to see to the forecast by the Congressional Budget Office that implies it will take a decade to return to our former glory.  Many, including Wall Street Journal columnist John Stoll suggest we put our green dreams on hold saying, “businesses that were trying to save the world are now simply trying to save themselves.”  It’s a fair point.  But it ignores some fundamental principles of how we should analyze our businesses at the bottom of the cycle and make strategic investment decisions.

Guiding a company out of distress into a stable and competitive future is no small task.  Survivors will have spent time reevaluating their companies with an eye toward eliminating unproductive activities and unprofitable products and services.  The outcome for those who succeed will no doubt be a leaner, more efficient enterprise.  A disciplined approach to restructuring balance sheets and operations will yield an opportunity to develop new strategies for the future.  And, those new strategies should include green energy and carbon neutrality.

This post was published in Rochester’s daily newspaper, The Democrat & Chronicle, on June 21, 2020

Will Hurd is the only black Republican in the House of Representatives.  In a Wall Street

Journal op-ed, he laid out his proposal for reforming the police.  Included was the implementation of best practices for police departments to be eligible to receive their portion of the $2 billion the federal government provides to police departments annually.  Implicitly, Rep. Hurd is saying Congress will defund police departments that don’t meet federal standards.

The clarion call to defund the police sounds like one end of a binary choice: either eliminate police department budgets or leave things as they are.  Of course, neither of those options are acceptable.

At a local level, defunding the police will take a different form in every community.  In 2013, the city of Camden NJ dissolved its unionized police department and signed a END_OF_DOCUMENT_TOKEN_TO_BE_REPLACED

Milton Friedman was a brilliant economist and, like all economists, a moral philosopher.  His pronouncement in 1970 that the only social responsibility of business was to “use its resources and engage in activities designed to increase its profits…” has been taken to heart by two generations of business leaders – perhaps a bit too much.  Friedman was talking about what we now call corporate social responsibility (CSR), an expense in his view that undermined a corporation’s true purpose: to create jobs, returns for investors and downstream wealth effects for society.

In this respect, Friedman was out of step with Adam Smith, the 18thCentury economist and philosopher who hated corporations as much as he hated government interference in the productive purpose of work and business.  He believed that efficient markets and general welfare resulted from the local business owners bearing the cost of their enterprise and sharing the values of their communities.  He viewed government primarily as an instrument for extracting taxes to subsidize elites and for intervening in END_OF_DOCUMENT_TOKEN_TO_BE_REPLACED 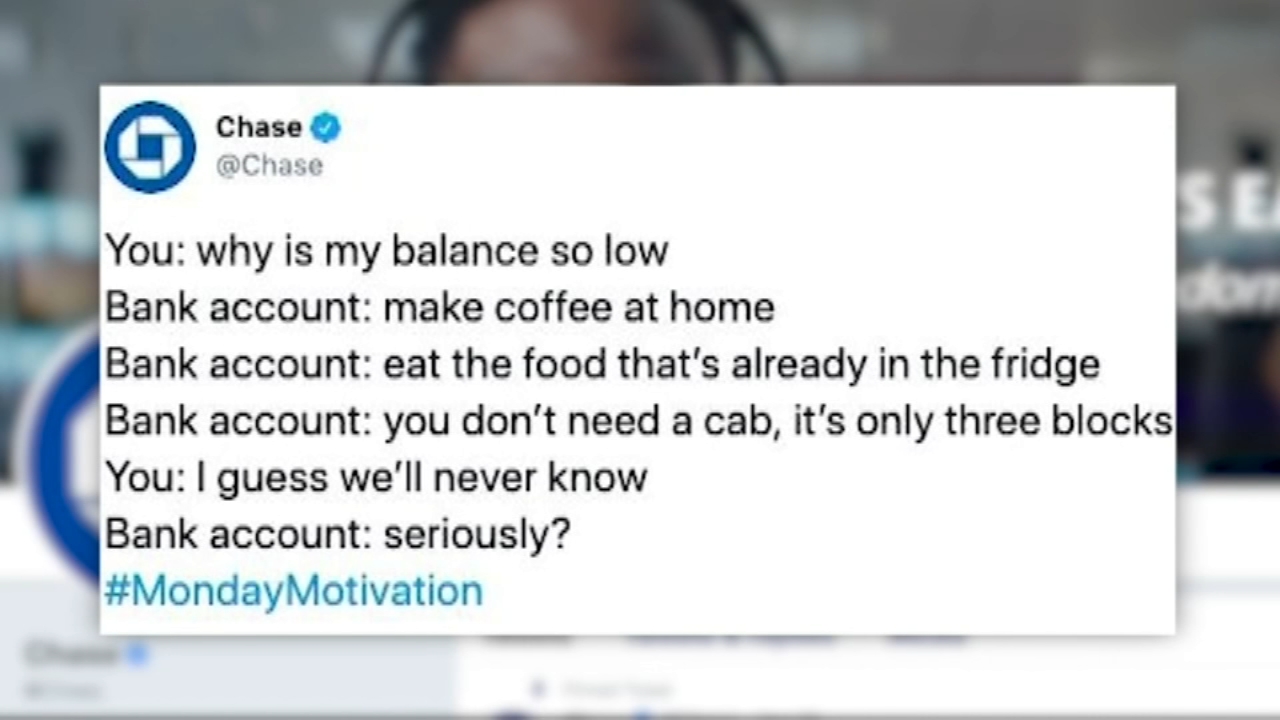 A poor attempt at humor by someone in the JPMorgan Chase marketing department led to my faceoff with the co-founders of the Rochester Chapter of the Democratic Socialists of America (DSA) on live radio.  Chase’s tweet made fun of those who can’t figure out how to keep their bank accounts out of the red.  In our debate, I maintained that people should take responsibility for the consequences of their own actions while the DSA crowd advocated that people are victims of marketing and should get some relief from those who impose unreasonable costs on them.

You shouldn’t be surprised that we didn’t reach agreement.  But it was something that I said to the younger of the two that stopped him in his tracks (although we didn’t explore it).  I am on record as predicting that Millennials will save capitalism (see The Fourth Turning: How Millennials Will Save Capitalism) and cited the Conscious Capitalism END_OF_DOCUMENT_TOKEN_TO_BE_REPLACED

Have you ever repeated a phrase so often that you find you’ve forgotten what it means?  In a group meeting this week, I referred to a company’s “mission” using a phrase that I’ve repeated for years.  A new member of the group challenged me and threw me off balance.  What I was really referring to was the company’s purpose.

Simon Sinek, author of “Start with Why” and a speaker whose TED talk is among the most watched in history (over 41 million views), END_OF_DOCUMENT_TOKEN_TO_BE_REPLACED 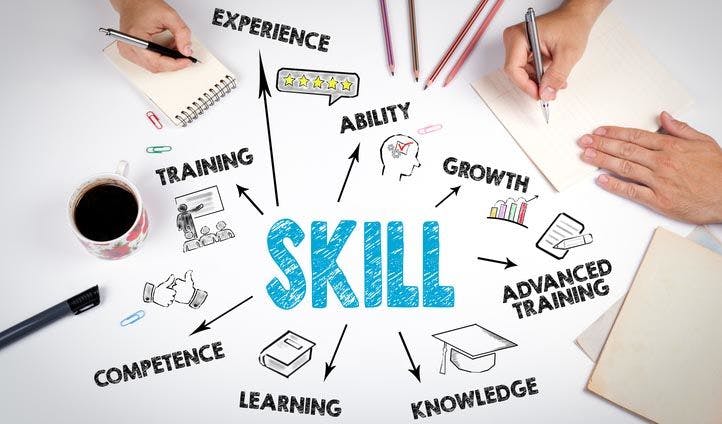 Regular readers know that I am “old school.” As a hiring manager, I focused on finding talent not hiring for skills. “Skills can be learned,” I would say. “But, you can’t fix stupid.” That approach to hiring has faded away. We now focus on functional skills.

The Internet has cemented the skills approach to hiring. In the early days of Monster.com and its ilk, job candidates had to figure out what keywords should be END_OF_DOCUMENT_TOKEN_TO_BE_REPLACED

About every three months, I join a group of colleagues for dinner followed by an all day meeting. Our goal is to share best practices, bond with one another and have some fun. Nothing unusual about that, right? What makes it different is that there is no corporate sponsor. It’s an Ad Hoc group of people who share a profession and a common interest in getting better at what we do. Most of us hop into our car and head to a central location within an area bounded in the north by Toronto, the south by Pittsburgh, the east by Rochester and the west by Indianapolis.

At our last meeting, one of our cohort suggested we try an exercise she thought of as a best practice: tell the story of your life in 5 or 10 minutes. I am a new member of this END_OF_DOCUMENT_TOKEN_TO_BE_REPLACED

We’re flush with new college grads this month. This crop has graduated into a rare economy – one in which employers are challenged by the dearth of candidates to fill the jobs they’re offering. Contrast that to ten years ago when even those with advanced degrees from top schools were kicked to the curb.

If faced with a plethora of opportunities, it would pay for grads to check with their friends who majored in physics before making a decision END_OF_DOCUMENT_TOKEN_TO_BE_REPLACED

TQM is based upon the idea that the performance of workers is dependent upon the system within which they work. Deming believed that managers apply all the wrong END_OF_DOCUMENT_TOKEN_TO_BE_REPLACED